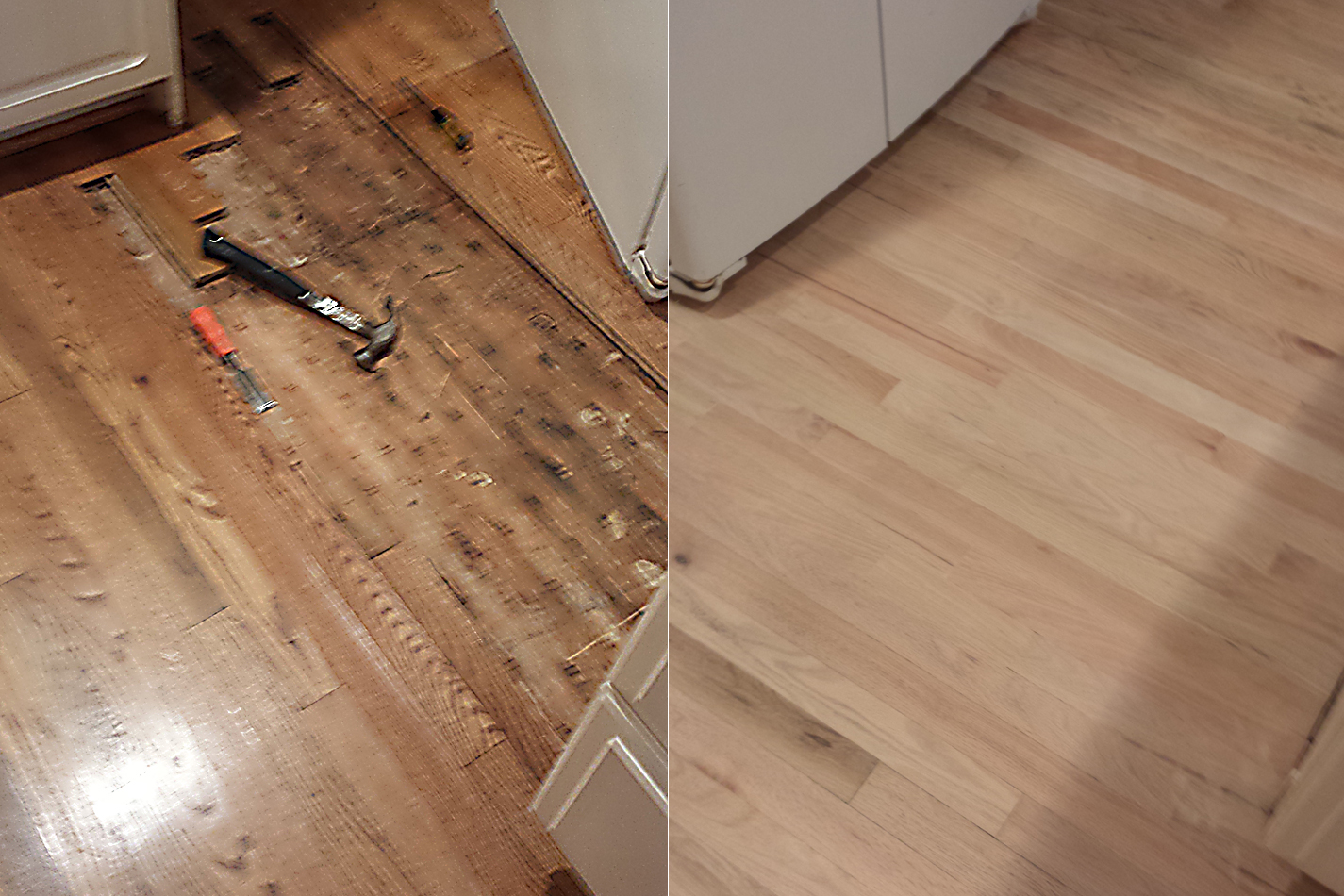 Leaks from refrigerator or dishwasher water lines are one of the main causes of damage to hardwood floors in the kitchen.

A leaky line goes unnoticed and damages the floor over time, creating black stains caused by building mold. Not pretty, not healthy. At times, unused dishwashers are suddenly put to use and the old, dried-up plastic lines leak immediately. The result is a serious flood in the kitchen. In the least dramatic episodes, the leak is noticed right away, or the flood is stopped immediately and a drying procedure is followed minimizing the chances of the water seeping into the subfloor. The worst-case scenario is that the leak goes unnoticed until the wood starts darkening and black stains appear on the edge or center of the boards.

In this example of a kitchen in McLean, the refrigerator was the culprit, but was caught relatively early and only a portion of the floor was affected. After a drier was placed in the area and the floors where completely dry, we removed the affected boards and subfloor portion, replacing them with new material making sure the top boards where interlaced to make the correction unnoticeable. After the installation of the new boards, the kitchen floor was sanded and stained to match the adjacent rooms. This was followed by the application of water-based premium polyurethane, which allowed the floors to dry in only two hours and left no odor. Drying time and the lack of nasty fumes was critical to the work as the new owners where scheduled to move in a day after.

Other samples of floors that are prone to water damage are the bathroom and laundry rooms. A quick call to Virginia Top Floors will get you in the way to quickly repairing and refinishing your hardwood floors. 703-537-9699.

View all posts by: ileana